FTC/FPC Combustion Catalyst, manufactured and supplied by Cost Effective Maintenance, has been tested and proven to reduce fuel consumption by up to 10% under varying load conditions while reducing carbon emissions and Diesel Particulate Matter (DPM). The addition of FTC/FPC results in improved combustion, allowing more of the energy from diesel to be converted to motive energy rather than being wasted as unburnt hydrocarbons exiting the exhaust or building up as abrasive hard carbon deposits within the engine.

Cost Effective Maintenance continues to subject FTC/FPC Combustion Catalyst to independent scientific testing. While engine design advancements have resulted in improved efficiency, FTC/FPC still provides additional efficiencies. This is because it acts on the combustion process itself, by catalysing the series of combustion reactions. So, regardless of the age, size or type of engine, or the specifications of the fuel, FTC/FPC use always results in a reduction in both fuel consumption and emissions.

More recently, the most comprehensive independent study ever conducted on FTC/FPC  was completed. This rigorous four-year study was conducted at the University of Western Australia – Centre for Energy and was predominantly funded by the Australia Research Council. World renowned expert in the field of combustion Professor Dongke Zhang was commissioned to investigate the potential of FTC/FPC in reducing the carbon footprint of Australian industries.

Professor Zhang stated that as these tests were conducted on as-new engines under controlled conditions, greater savings can be expected in the field. 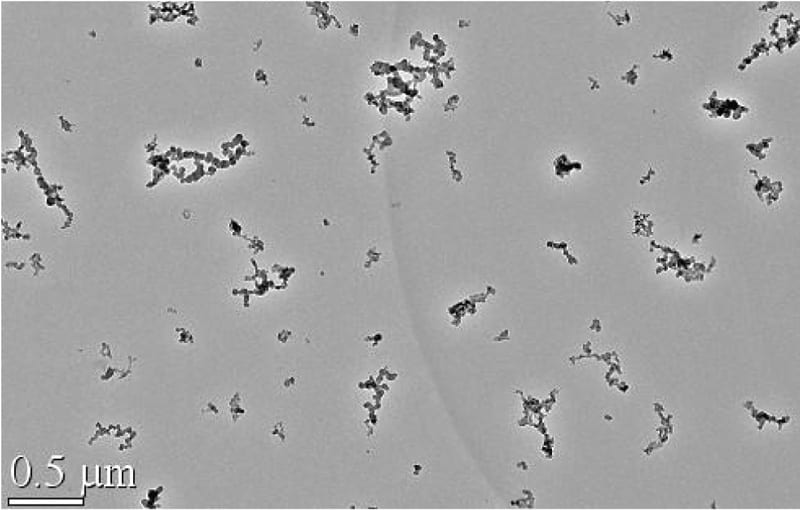 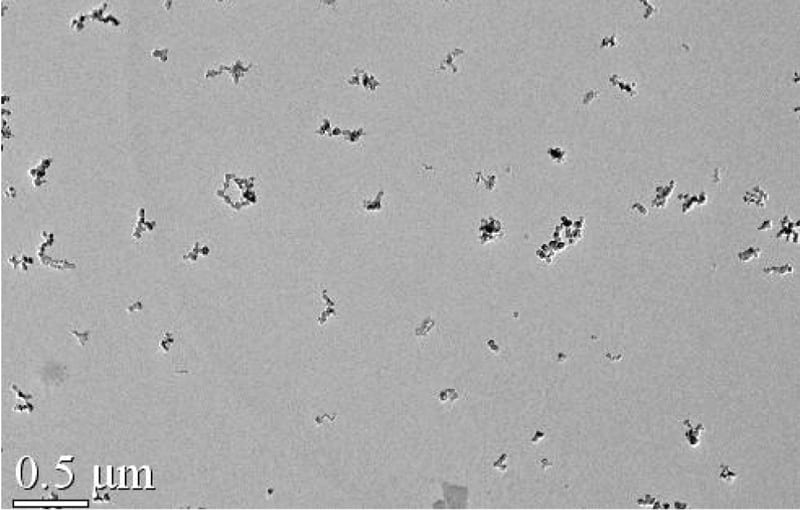 CMB is a procedure whereby the mass of carbon exiting the exhaust is calculated as a measure of the fuel being burned. The elements measured via a TESTO five gas analyser include the exhaust gas composition, exhaust gas temperature, ambient temperature, exhaust pressure and barometric pressure. All readings together are entered into a calculation which produces a final reading in grams/per second flow of carbon exiting the exhaust.

This formula is derived from the international engineering standard test AS2077-1982 for measuring fuel efficiency. The CMB method is considered a reliable and accurate way to determine the efficiency of an engine, providing a percentage change figure of carbon exiting the engine which relates to carbon entering the engine in the form of fuel.

DPM testing is conducted with a TSI AVT530 laser photometer instrument and provides a measurement showing mg/m³ of particulate matter exiting the exhaust.

All tests were conducted to the MDG 29 procedure which entails measuring DPM at 20 seconds idle, 20 seconds full throttle and return to idle for 20 seconds. 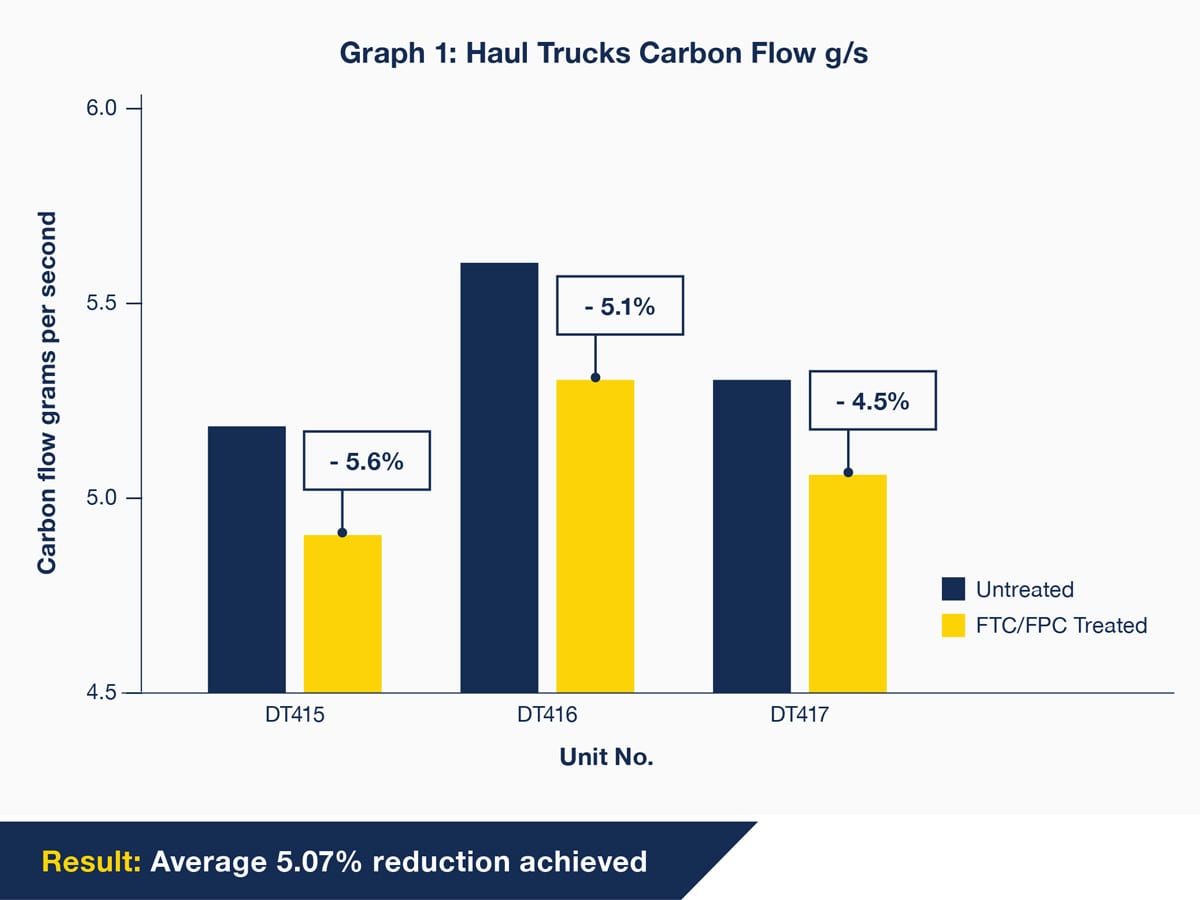 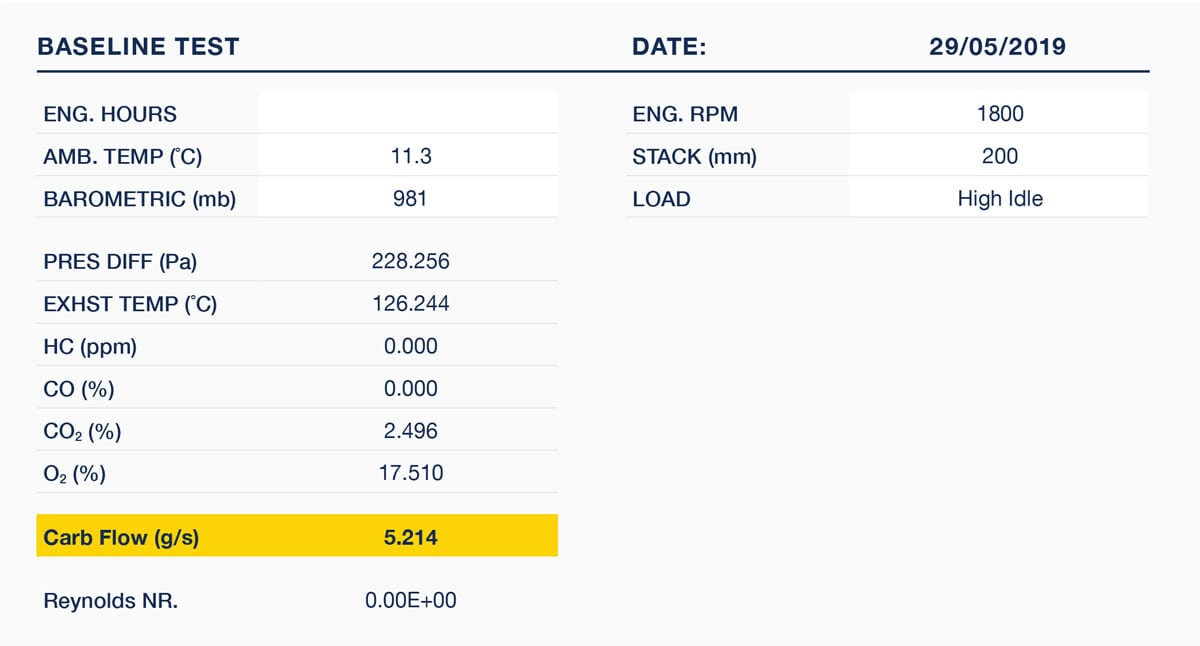 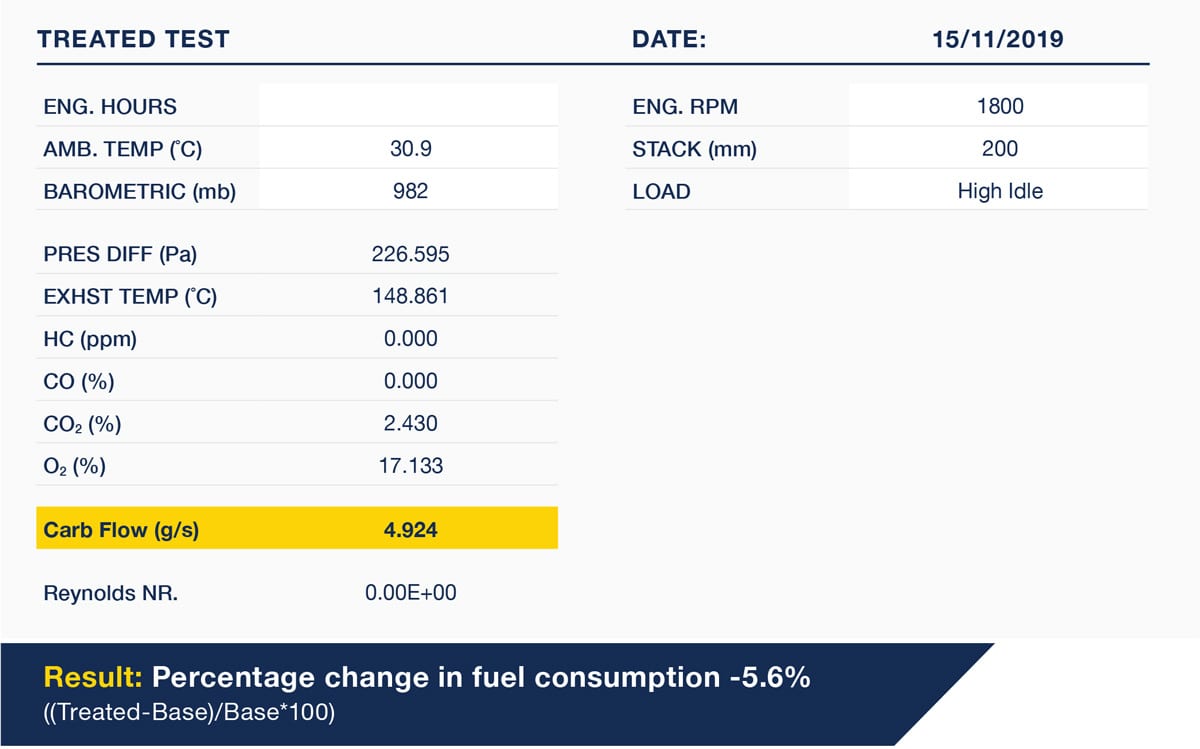 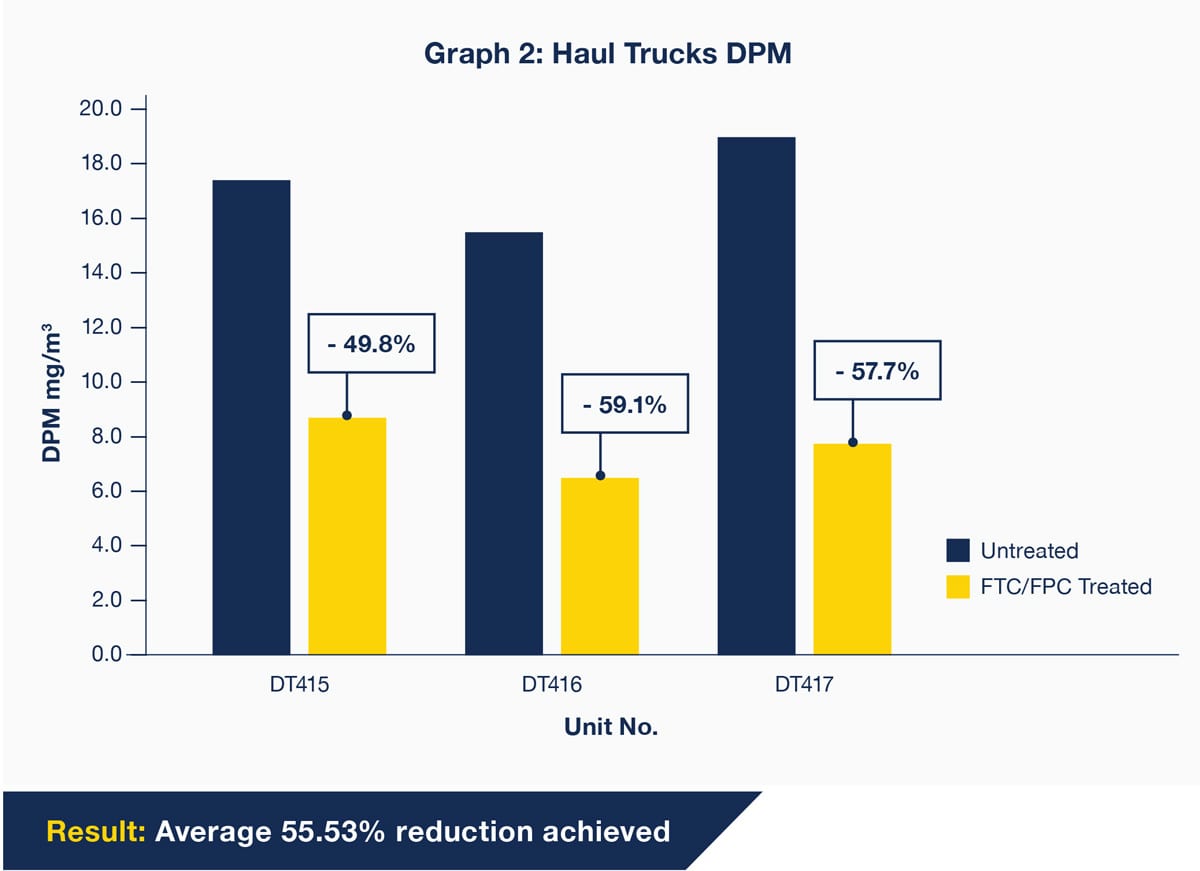